In our recent interview of Dr. Barry Sears, he brought up something that we have also mentioned on the podcast a few times. 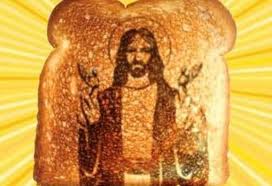 If you want to get a debate going and even tempers flaring, just bring up one of the topics in the 3rd rail of discussion: politics, religion, or nutrition.

Some people will say to avoid discussions of politics and religion in mixed company. But not many mention nutrition in that category.

I contend that nutrition is the most potentially inflammatory topic of the three!

1. Most people eat 3 times a day. So, everyone is an expert in nutrition! Even if they eat breakfast at Starbucks, lunch at McDonalds, and dinner at Taco Bell every day. Science be damned, don’t take away my mocha frappachinos, French fries and 7 layer burritos (do those still exist?)!

2. Politics and religion can easily be avoided. Most gatherings involve a meal. Church is only once a week for most religious people. Politics is a little trickier, because it’s talked about on TV 24×7, so you’d think our individual worlds revolved around it! But the truth is, despite all the rhetoric about Democracy, as citizens we have very little control of what our so-called leaders may decide for us. So everyone may have an opinion, but once you realize that all these opinions don’t amount to a hill of beans (or beef?) at a luncheon, it becomes advantageous to move on in the discussion- or take it “off line”.

3. Nutrition is not off limits! It’s completely acceptable to launch into a discussion on food while at a gathering where there is a lot of food eating going on. Typically, I will be prompted to give my opinion because of my part in Healthy Mind Fit Body. However, I’m not a fan of the topic. Not many will be convinced of anything, no matter what one’s credentials are. And I’m sure there are those who will think “What do a couple of goofballs on a podcast who talk about donuts all the time know about eating?” I take solace in realizing that even bio-chemists who spend their lives with this stuff face the same wrath at their dinner parties!

4. The general consensus is, it’s fun to eat poorly! Some events I have been to remind me of my 8th grade. I had always been taught to get good grades, and I was generally in classes with smart kids. But 8th was high school for me, and suddenly it was COOL to get BAD grades! Being the contrarian that I am, I did the bare minimum and ended up on top of the bell curve with mostly A’s that year. So, not much has changed. I’ve been accused of being a carb nazi and even trying to ruin people’s fun because of the things I eat at parties or get togethers. But the funny thing is, I don’t preach- the mere idea of eating what I want to eat often times doesn’t sit well with people. So, in the general consensus case, actual talking doesn’t even have to happen before people get offended!

What has your experience been with the triad of inflammatory topics? Put in your comments below!

5 thoughts on “Politics, Religion, and Nutrition”