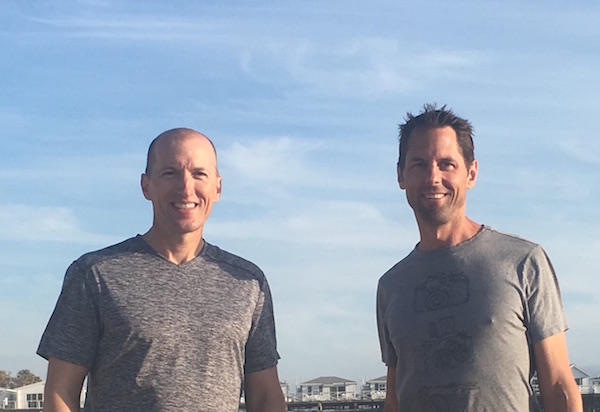 Kevin Koskella has spent a lifetime devoted to holistic health, fitness, and nutrition.

As a 7-year old, he was the youngest to run across the Oakland-San Francisco Bay Bridge. He later became a competitive swimmer and achieved All-American status at the University of California-Davis.

After college, he began training for triathlons, studying nutrition, and eventually became a Certified Personal Trainer. After helping local individuals achieve their fitness goals, Kevin decided to use his success and knowledge to help a worldwide audience lose weight, get fit, and reach their personal best.

Today, Kevin coaches triathletes in swimming with his company Tri Swim Coach, and consults in the fields of fitness and nutrition. The Healthy Burn For Beginner Athletes came about when he realized that most of the athletes he coached for Triathlons had their goals set first at becoming fit and healthy and losing a few pounds, and second at finishing and progressing in races. You can find him these days at either http://nomadhealthcoach.com or https://www.freedomlovin.com.

Wes Bertrand has focused on methods for achieving optimal physical and mental functioning since a teenager, which has been even more of an imperative since being diagnosed with Type 1 diabetes in 1995.

Over the last couple decades, Wes has integrated a philosophical and psychological perspective that focuses on personal flourishing—since the smallest minority in the world is the individual. Many aspects of optimal health derive from one’s attitude toward self-knowledge. Getting more attuned to one’s authentic self remains the key to living well in the realm of health and fitness. The final chapter of Healthy MInd, Fit Body, written by Wes, focuses on such things, which enable persons to free themselves from contradictory beliefs and subconscious thoughts that can generate problematic feelings and dysfunctional behaviors. In turn this means realizing one’s personal power, cultivating inner resourcefulness, fostering win/win relationships, and actualizing one’s potential.

After receiving his BS in psychology from ISU, he graduated from USIU (now AIU) in San Diego in counseling psychology, receiving the outstanding Master of Arts award. His counseling site is http://happinesscounseling.com, which has a list of resources that supplement the content of the HMFB book’s final chapter concerning resolving various conflicts within the subconscious. Wes’s two other sites are http://completeliberty.com and http://logicallearning.net.