I ran across this article written by Denise Minger on Mark Sisson’s blog, discussing the latest study in Sweden suggesting 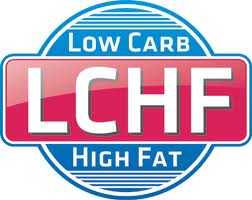 that low-carbers are endangering their health by avoiding grains and switching to saturated fat-laden foods like bacon & eggs.

Is It Time to Retire the Low-Carb Diet “Fad”?

I think Denise’s article is an important rebuttal in what seems like an endless debate, with the government and mainstream media coming down on the side of a low fat, high carb diet being the healthy way to go, and the people who actually put diets to the test in the real world showing how the proof is in the pudding…err.. the pork?

But what is the motivation behind a study like this coming out? Is it purely an innocent mistake by the researchers? Or…could there perhaps be some bias in this study? Let’s take a look.

Here are the researchers who performed this study:

Notice anything about their emails?

Lots of universities. No big shock there, right? That’s who usually does these types of studies.

How much bias could there be here in this study? We have a group of researchers working for universities funded by the Swedish government. Hmm….well the first thing that comes to mind is this:

If they came out with a study showing that a Low Carb High Fat (LCHF) diet was healthy, a whole lotta professors, dietitians, and nutritionists would suddenly have to admit they were wrong, and what they were teaching and recommending was actually bad for people’s health! What are the odds of all of these highly-esteemed professionals doing a 180 like that?

The second thing that comes to my mind is…

The government. Think they are unbiased? Think again! Just like in the US, the government in Sweden is influenced by industries. Anytime you have an organized body that gives out recommendations to the general public, it will no doubt become influenced and swayed by the various special interest groups ready to take advantage. So nothing the government does can really be considered “unbiased”!

The good thing is, the arguments for LCHF will win out in the end because…people who eat more this way are healthier, and the truth will rise to the surface, no matter how many charts and graphs attempt to cloud it.

2 thoughts on “Is it time to retire the low carb diet fad? – Comments”